Eight years ago, I began this blog as wide-eyed expat who had just arrived in Mexico City. While the occasional post might have been about movies, family members back in the U.S., or travel memories to other parts of the world, the general theme was about my new life abroad – settling in, taking in the sights, navigating my blossoming relationship with a CDMX local, etc. Content was added, on average, once or twice a week.

Fast forward to 2020, the year to end of all years, and I hardly write at all, and just once about Mexico City. I am finishing up six years of Tennessee residency, and wondering what my employer’s recent announcement, that our Knoxville office will be permanently closing next year and all employees in it remaining 100% virtual, means in terms of remote living possibilities should a fish-out-of-water such as myself want to move to a different city.

First things first, though: we have an election to contend with…and it is sure to be a doozy. With a general sense of anxiety in the air, with a pandemic that seems to be rising in new cases, with a passionate #BLM movement that has staked some equally-passionate flames on the other side of the aisle, I feel that the stakes have never been higher.

The incumbent, running for reelection despite a four-year track record that is nothing to be proud of, is one Donald J. Trump. This trust fund baby-turned-reality TV star-turned-unlikely president has what seems to be the most vocal and devoted army of rabid supporters since the Hitler Youth to a certain Austrian-born German chancellor circa 1940. I don’t mean to compare Trump with Hitler; that would be too easy. I merely mean that Trump, who by seemingly most accounts, has done almost everything wrong, and who is sure to ultimately end up on the wrong side of history whenever his term ends, be it in January, 2021, in January, 2025, or – if he has his wish, at the end of his natural life – is still enormously popular. 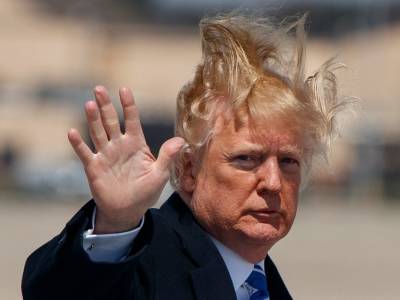 I watched the second presidential debate, and was dismayed, though not surprised, by the sheer number of lies told by President Trump. But that being said, Trump has a certain kind of raw knuckles appeal to those cynics out there who, back in 2016, foresaw a possible Hillary Clinton presidency as a dynasty – just as that of Trump’s own party co-runner, Jeb Bush, would have been a dynasty of its own. So yeah, I can understand the voting members of a party that traditionally is pro-small government generally growing leery of the same-old, same-old in terms of candidates, and therefore taking a chance on a guy who said that he was different.

He was different, alright. All you had to do was listen to him speak, and tell lie after lie about how he would “drain the swamp,” and about how there would be so much winning that we would grow tired of winning. Well, he drained the swamp for sure – and populated it with people who couldn’t swim in it even if was merely a kiddie pool. As for said winning, we “won” in more categories than can be counted on both hands…but in categories that no mortal man should dare brag about. Most expensive presidential inauguration? Check. ($107 million.) Most lies told by a president in a single sentence? Check. (Four.) Highest unemployment rate since the Great Depression? Check. (14.7 percent.) Most deaths from COVID-19? Check. (230,000 as of 10/31/2020.)

Okay, so I can’t possibly prove that four lies told in a single sentence is some kind of record. But it certainly isn’t anything to boast about. And neither are those other “records.”

But what can you do? Ever since Bill Clinton beat George H.W. Bush in Bush’s reelection bid in 1992 (for what, I think, many Republicans really considered Ronald Reagan’s fourth term), the two parties have grown further and further apart, and these days, Trump’s xenophobia enrages one side but empowers the other, while his tax fraud infuriates one side but is considered good business by the other.

I could go on, and write paragraphs about Trump’s too-little-too-late response to the coronavirus, now on its third major spike as we enter the eleventh month of the year. I could cite brilliant Civil Rights scholars and decry Trump’s insensitive response to the violence in Charlottesville in 2017, or to the killings of George Floyd, Breonna Taylor, and others earlier this year. I could remind voters that Russia, Saudi Arabia, and North Korea would all rather have a Donald Trump presidency than a Joe Biden presidency, and that Russian bots are just as likely to tamper with election results as the supposed dead people that vote Democrat every four years are. I could steer the arguments away from Biden’s supposed senility and redirect towards the fact that Trump stared directly into a solar eclipse earlier this year without protective lenses, and that when his Rose Garden party to celebrate the nomination of Amy Coney Barrett to the Supreme Court turned into a COVID hotspot, there were, for a time, more cases of the virus in the White House than there were in New Zealand, Taiwan, and Vietnam combined.

But you should know all of this by now. And you should also know that Joe Biden, who beat a roster of supremely talented, progressive candidates like Pete Buttigieg, Andrew Yang, Elizabeth Warren, and Bernie Sanders to become, after eight years as vice president and four decades in the Senate, the de facto head of the Democratic party, is predicted by most to win. He isn’t as progressive as Sanders or Warren, nor is he as aware of technology’s role in our future as Yang, nor as diplomatic and book-smart as Buttigieg. But the cards fell as they did, and after an exhausting two-year race, Biden made it to the finish line. I watched his last-ditch campaign speech in Michigan yesterday, and amazingly, Biden was more alert and engaged than I’d seen him years. Even the commentators at Fox News, which believe or not was broadcasting the event, seemed impressed by his energy and focus.

As he did throughout his campaign, Biden called out Trump as being unfit for office, but he avoided the mud-slinging of his appointment, and, when summarizing that he would fight for every American including those that did not vote for him, he said all the right things. He earned my vote with that zinger of a speech alone.

Still and all, in a 2020 that brought us murder hornets, meth gators, Saharan dust clouds, and an endless fucking pandemic, all bets are off. Trump can still win this thing. His Führer Cult – er, um, Q’anon-fuelled Trump fan club (sorry) – is a minority, but a very vocal one. They have the power to influence an election. It seems hard to believe, unless you’ve been living under a rock for the last four years, but there are still, just two days before the election, millions of undecided voters. Battleground States like Indiana, Michigan, and Arizona may once again decide who becomes the next president of the United States.

Is Biden perfect? No. Is there something to be said about Congressional term limits, and about getting newer blood into Washington politics? Yes. Then again, Trump, at 74 years of age, is hardly a spring chicken, and look at how he handled politics. An economy shattered. Our allies laughing at us. A virus spreading faster than a pre-COVID Tijuana hooker’s legs during Naval shore leave in San Diego. The Paris Climate Accord blatantly ignored.

What about third-party candidates, you ask? Good question. If not for the electoral college and the continuing tendency of the print and broadcast media (online, less so) to speak solely in terms of Democrat vs. Republican, I – and I suspect tens of millions of other Americans, too – would pay closer attention to what our Green, Libertarian, and American Independent Party candidates have to say.

Green Party founder Howie Hawkins seems like a person after Bernie Sanders’s heart. Hawkins is pro-free college, pro-universal health care, pro-LGBTQ rights, anti-death penalty, and “the original Green New Dealer,” per ontheissues.org/Howie_Hawkins.htm. If as many Americans are as in alignment with this mode of thinking as people claim to be, then why isn’t the Green Party the real, viable alternative to the bully politics of Donald J. Trump?

True to the values of the Libertarian Party, its candidate this year, Jo Jorgensen, is largely about the concept of live and let live. By that, Jorgensen’s stance (per ontheissues.org/Jo_Jorgensen.htm) is to basically minimize government intrusion in the running of businesses, be it trade barriers with overseas partners or restrictions on domestic gun sales. The former software sales executive has vowed to eliminate the Department of Education. Considering the dismal state of the current one, run by the incompetent Betsy Devos, I want to think that this is a good idea, but not while the debate rages on regarding whether or not to homeschool during a pandemic. While Jorgensen won’t get my vote, as I’m not as staunchly anti-government as the tinfoil hat-wearing crowd who may mark her name on their ballots, it is refreshing to see the nomination go to a woman. 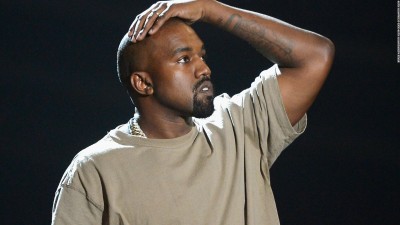 And then there’s the American Independent Party. Headed up by none other than Kanye West, of all people. Rapper, entertainer, and husband of Kim Kardashian, West, who has landed on the ballot in just 11 states, seems to have caught the fancy of those Republicans who have grown disenchanted with their own party leader, Trump. In all fairness, I don’t know West’s stances on the issues, but the thought that he, mathematically-speaking, has zero percent chance of winning yet can turn the election in Trump’s favor by virtue of siphoning votes in such Battleground States as Colorado, terrifies me.

So what, really, can we do? In the short term, we can vote. And despite early press about the 90+ million Americans who have voted early – surely good news, considering how mobilized that young people in particular seem to be in this election vs. 2016 – those of you who haven’t voted yet shouldn’t grow complacent. Drive, walk, bike, or Uber to your local polling place (don’t forget your mask!) and vote. Because Trump can still win this. Even if he loses – and I am finally – finally – starting to think that he will lose – he is certain not to leave without a fight. There are sure to be recounts and hanging chads (much more than just a personal problem), and second-guessing is inevitable.

What else can we do? In the longer term, whether Trump wins or loses, we can keep our eye on the ball. Do your homework, and remember that the America of today is different than the America of 40 years ago, when Trump first became a celebrity and when Biden first entered the Senate. Stop getting distracted by stupid bullshit! Stop singing the same old tune about the same old shit. In 2020, there are really just three issues that matter, in this order of importance: getting COVID under control, restoring the economy afterwards, and healing a racially-divided nation. Not this endless abortion debate. Not this well-meaning, but over-reaching, cancel culture. Not this fictitious War on Christmas.

I shall see you at the polling place on Tuesday. May the best candidate win.