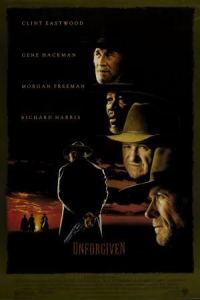 This concluding entry about every movie to win the Academy Award for Best Picture doesn’t need the four-paragraph intro that Part One did. All you need to know is that the list begins with the 1970’s – generally believed to be the best decade for quality filmmaking – that my all-time favorite movie is on the list, and that after March 4, 2018, another movie will join this list.

(Also, films in italics are especially worth watching. Read on.)

END_OF_DOCUMENT_TOKEN_TO_BE_REPLACED

It is a curious thing about the Oscars: Millions of people watch the Sunday broadcast each year, talk about the show for perhaps five minutes at the office water cooler Monday morning, then never think about it again. Seeing as it’s already Tuesday evening, post-Oscars as I write this, methinks this blog entry is dead in the water. Still, I’m a completist, and I didn’t want to leave my Oscar predictions blog simply hanging in the GringoPotpourri wind without a proper bookend. I promise to keep this brief. No, really!

So, not too surprisingly, it was Ben Affleck’s “Argo” as Best Picture, Life of Pi’s “Ang Lee” as Best Director, “Lincoln’s” Daniel Day-Lewis as Best Actor, and “Silver Linings Playbook’s” Jennifer Lawrence as Best Actress. I called ‘em all, of course. Supporting honors went to Christoph Waltz for “Django Unchained” and Anne Hathaway for “Les Misérables.” Waltz’s win threw me for a bit of a loop; I had Robert De Niro for “Silver Linings Playbook,” and in fact predicted that if there were any major category upsets they would be in favor of “SLP.” Alas, ’twas not meant to be. “Django Unchained” also earned Quentin Tarantino his second Best Original Screenplay Oscar; his acceptance speech was one of the better ones of the night, and about as humble as you could ever expect Tarantino to act. I failed to predict either of “Django’s” Oscar wins; although I’m a big fan of the film I thought it would go home empty-handed, considering that Tarantino’s superior effort, 2009’s “Inglourious Basterds,” lost in the Original Screenplay category. Waltz won the same prize in that same category then; I simply didn’t think lightning would strike twice, nor so soon after his last win.

END_OF_DOCUMENT_TOKEN_TO_BE_REPLACED

I have been busy of late, and my mind has been abuzz with blog ideas. I want to write a few words about a recent weekend trip to Querétaro. Meanwhile, friends have requested topics for me to cover, and I still have to put together a “Links” page to the blogs of other writers who’ve inspired me, entertained me, or helped me along the way.

But that’s all pushed to the side for a few days; this Sunday is Oscar night, and – amateur critic that I am – I thought I’d take a stab at predicting the winners. Putting things in context, “Lincoln” leads the overall race with 12 nominations, followed closely by “Life of Pi” with 11 nominations. That said, this year’s race seems one of the toughest to predict in years. As such, it should be a good show.

Note that I’ve seen every nominated film in the categories covered below. Oscar prognosticating is an expensive hobby!

END_OF_DOCUMENT_TOKEN_TO_BE_REPLACED

“The Help” star Emma Stone and 2013 Oscar host Seth MacFarlane woke up bright and early today to read off this year’s Academy Award nominations. They were not the only ones at the Samuel Goldwyn Theater in Beverly Hills, as hundreds of reporters were on the scene for the big scoop, hoping to make the evening papers. I was with them in spirit, of course, watching the live broadcast from my apartment. And although it was 7:30 out here and not 5:30, that was still damn early – for me at least.

As expected, there were a few surprises, but the actual list of nominees closely mirrored my own predictions from yesterday, with most categories predicted to 80% or 100% accuracy. (Best Director notwithstanding. Yikes!) “Lincoln” leads the race, with 12 nominations including Best Picture.  “Life of Pi” is a close second, garnering 11 nods.

For now, I’ll try and hold off from commenting on who I think will actually win, though I make no promises. Here we go….

END_OF_DOCUMENT_TOKEN_TO_BE_REPLACED

My blog entry for today is not about Mexico. Nor is it about the series of events that led to my moving to Mexico. Before I fell in love with travel, I fell in love with movies – since I was a child, actually – and although I don’t obsess about them to the degree that I once did, they still provide much enjoyment in my life – especially when I’m not traveling.

Oscar season is a particularly fun time of year for me. I always enjoy predicting the nominees before they are announced, reacting to them once they are announced (well, not at 5:30 a.m. when they’re read off, but later that same day), and watching the big show, typically the only night of television that – at least in the U.S. – rivals the Super Bowl as the year’s most-watched broadcast.

In years past, my conversations about the predicted nominees were limited to a few seconds of office water cooler chit-chat, and a couple hours’ worth of internet movie message board postings. I always made it a point to see as many of the nominated movies as possible, so most of my moving-going friends simply couldn’t keep up. Alas, I’m a bit behind this year, as some movies released in the last months of 2012 still haven’t opened here (“Les Misérables,” for example, doesn’t open until February 15th). Still, I’ve seen two-thirds of the contenders, and the amateur critic in me has come up with my own “wish list” of nominees.