There is nothing quite like the Christmas markets of Europe around this time of year. Cities like Chicago, with its Daley Plaza Christkindlesmarkt, do a fair job recreating the atmosphere, but the surrounding skyscrapers don’t quite carry the same ambiance as the centuries-old brick homes and cobblestone squares of Germany, Austria, Sweden, Denmark, and elsewhere in the Eastern Hemisphere.

Below is a series of pictures taken from my visits to various European Christmas markets during my travels. Bundle up, sip some mulled wine, and enjoy!

The beer-drinking capital of the world, Munich, is a progressive mix of old-meets-new. Here, you’ll find the corporate headquarters of BMW, Allianz, and Siemens. The Old City Center includes the Karlstor (main city gate), Frauenkirche (Church of Our Lady), and Marienplatz (main square) with its Altes and Neues Rathausen (old and new city halls).

I spent New Year’s Eve, 2007 in Munich, and it was a time to remember. Münchners toasted the end of 2007 with mugs of glühwein (mulled wine, warm and strong) and shot fireworks across the town square. I almost lost a toe from a runaway bottle rocket! By the time December 31st rolled around, the market stalls from the holiday market had been hauled away, but there were still a few open for business when I arrived on the 27th. Moral of the story for Bavaria’s markets: arrive between Thanksgiving and Christmas Eve and you’re good. Arrive on or after the 25th and things will already be winding down.

I also visited Salzburg as part of the same trip. I had first discovered Salzburg during the summer of 2000, and found it to a charming small city, practically bursting at the seams with “Sound of Music” references.  My December, 2007 visit was even more charming…and much, much colder. Brrrr!

While the holiday market was already winding down by the time my friend Miles and I arrived in Munich, Salzburg’s market was still going strong. It seemed that the entire city populace was out and about. One of the main squares had an ice-skating rink that was open until the wee hours of the morning, and stalls selling hot pretzels, lambs’ meat, and bread surrounded it and the nearby streets. Vendors walked around selling overpriced handmade tchotchkes, and the stunning Festung Hohensalzburg Fortress overlooked it all. 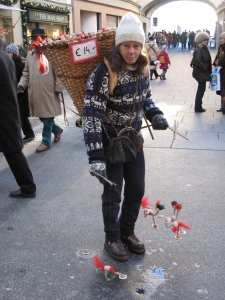 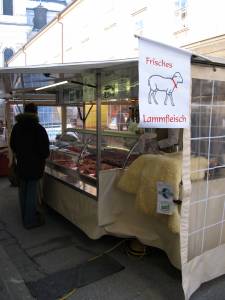 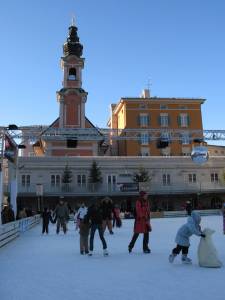 I first blogged about Stockholm in my Holiday Travels – Part One post, written in 2012. My November, 2010 visit was my first time to the Swedish capital and canal city. I fell in love with the city almost instantly. A fresh coat of snow coated everything in a layer of white, and the cold weather brought out the gleam in everyone’s eyes.

The city’s julmarks (holiday markets) – no fewer than four of them – are sprinkled throughout the cosmopolitan city center. And one of them, a cluster of kiosks around a Christmas tree, marks the heart of wintertime in Skansen, the city’s delightful open-air museum of Swedish culture on the island of Djurgården. Pictures of Skansen evoke a sort of Scandinavian Norman Rockwell charm.

Stockholm, especially around the holidays, is one of my favorite cities in Europe. Enjoy the following pics! 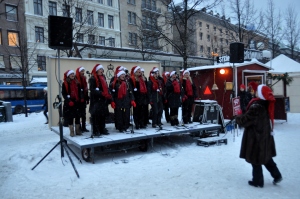 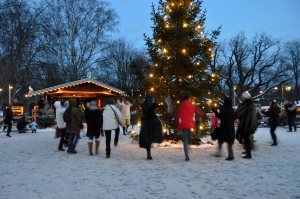 I enjoyed my Thanksgiving visit to Stockholm so much that I added two days to the end of the trip and took the overnight train to Copenhagen, eight hours to the southwest.

I had visited the Danish capital once before, in June, 2006. Then, it didn’t get dark until 11 p.m. In winter, though, nightfall comes early, before 4 p.m. in fact. And the less said about the cold winds that blow across from the North Sea towards the Baltic Sea, the better.

But like Stockholm, Copenhagen had more than one Christmas market. The harbor quay of Nyhavn, featured on most Copenhagen postcards, had a row of kiosks selling chocolate, holiday panties, and other delights. A small courtyard just a few blocks from Stroget pedestrian mall, meanwhile, sold ornaments and gløgg, Scandinavia’s version of glühwein. A third market, between Strøget and Nyhavn, sold Christmas trees and offered Ferris wheel rides – what an odd combination! And then, of course, there was Tivoli, Europe’s oldest amusement park, an open-air holiday market in itself. 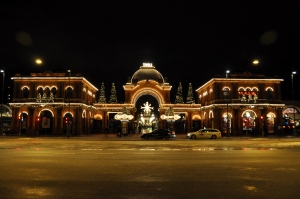 Ah, Nuremberg. The biggest city in Franconia, Nürnberg (German spelling) is, alas, most famous as location of Hitler’s rallies and of the Nazi war crime trials that followed after World War II. The city was bombed almost to smithereens, but was later rebuilt in the old style, and I for one can’t tell the difference, age-wise, between, say, Old Town Krakow, which is old, and Old Town Nuremberg, which merely looks old.

One tradition that has survived the centuries is Nuremberg’s annual Christkindlesmarkt (literally, “Christ Child Market”), the oldest of its kind in Germany. If the date on an artifact housed in the city’s excellent Germanic National Museum is correct, the market dates back to at least 1628. The city’s spacious Hauptmarkt, crowned by the Frauenkirche and its animated Glockenspiel (a smaller version of Munich’s own), hosts over 100 stalls, and the entire proceedings spill over into the surrounding streets and squares as well, attracting over two million visitors each holiday season. I remember, during my visit in December, 2011, rounding a corner and coming to a collection of stalls sponsored by Nuremberg’s sister cities…including Atlanta! It was funny indeed to travel so far and see vendors from my own country.

Glühwein was never in short supply, and nor was lebkuchen (Bavarian gingerbread cookies, a local specialty). I made certain not to leave without sampling more than my fair share of rostbratwurst, the city’s spicy sausages, never better than when served with sauerkraut and senf (mustard). At one point I retreated inside the Frauenkirche to warm up and catch a free holiday choral concert. All that was missing to make the atmosphere complete was snow! 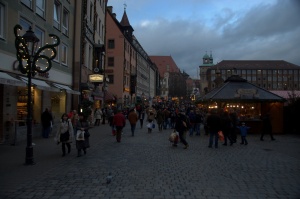 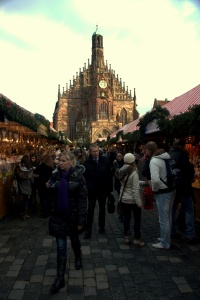 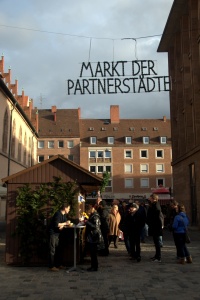 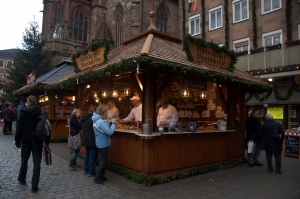 The Christmas markets mentioned above are by no means the only ones in Europe. Prague and Krakow are said to have phenomenal markets in their own Old Town Squares. Germany itself is home to dozens, not just Munich and Nuremberg and Munich but also Cologne and Hamburg…

Earlier this week, a one-man terror attack was launched upon a Christmas market in the heart of Berlin. Twelve people were killed when the man, a Tunisian ISIS sympathizer who has since been hunted down by the police and killed, drove a hijacked truck into the Christkindlesmarket near the Kaiser Wilhelm Memorial Church, in Breitscheidplatz along busy Kurfürstendammstrasse, a commercial street housing some of the continent’s best shopping.

As I write this, the market has reopened, and is busier than ever. This testament to the resilience of the German people is just one of the reasons why I am so enamored of Germany and its industrious, kind-hearted people, who work hard and play harder.

Do not be afraid. Go to Munich. Go to Salzburg. Go to Stockholm. Go to Copenhagen. Go to Nuremberg. Go to Berlin. Go now…and have a safe and merry Christmas. 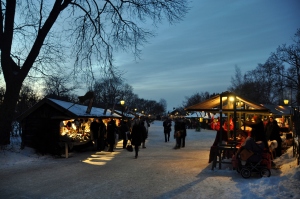 2 thoughts on “Christmas Markets of Europe”